With just days to go until Apple’s ‘unleashed’ October event, new information has been shared about the design of the much-awaited M1X MacBook Pro line.
An alleged image of components for the new MacBook Pro, shared on a Chinese social media site, suggests that it will feature a notch at the top of the display. This would contain the improved 1080p webcam, light sensors and microphone, but isn’t expected to support Face ID authentication. 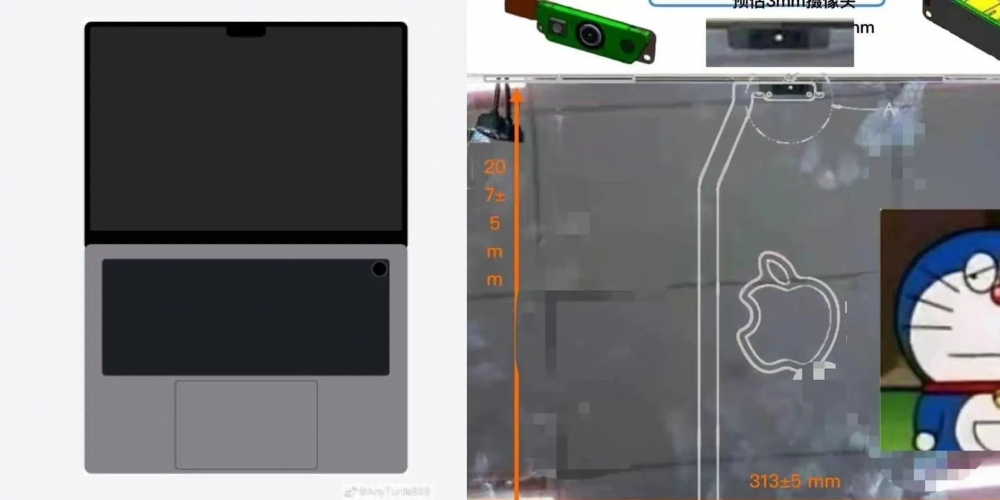 The sketchy leak cannot be confirmed, and was shared alongside a poor mockup of what the new M1X MacBook Pro could look like. This reveals that the keyboard will be black, with a larger Touch ID sensor, thinner bezels and notch.
If correct, Apple could implement new features into macOS Monterey to create a ‘safe area’ around the notch, so it doesn’t obscure content. The notch could allow Apple to reduce all four bezels around the display equally, and will appear over the Menu bar portion of the display, so likely won’t be a huge deal.
It remains unclear why Apple would move the notch to the MacBook Pro when it has been rumored to move the Face ID components under the screen on the iPhone in the next few years.