Apple has announced the 5th-generation iPad Air with the M1 chip, improved cameras, 5G and much more. It starts at $599 and is available to pre-order from today and will become available from March 18.
The iPad Air 5 has the M1 chip that Apple first introduced with the 13-inch MacBook Pro, and later with the iPad Pro. Apple says this is 60% faster than the A14 Bionic in the iPad Air 4, with 2x faster graphics performance. It is two times faster than the equivalent Windows laptop. 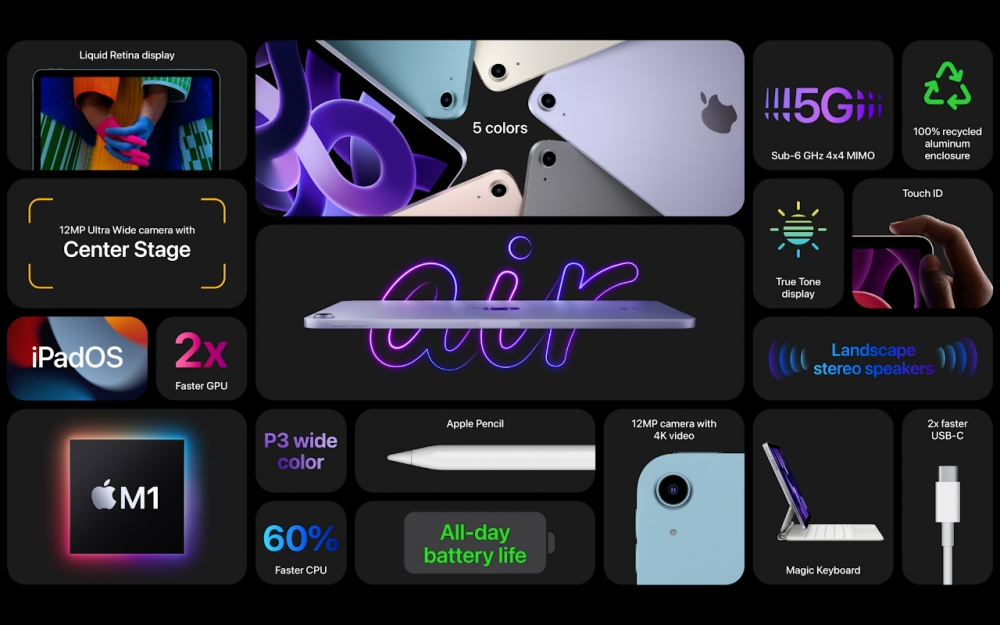 It features the same 10.9-inch display, but has an upgraded 12MP ultra-wide front-facing camera, and is the final iPad to support the Center Stage feature, which can move the frame to track you in video calls.
This is the final iPad to include support for 5G. Apple has also doubled the speeds of the USB-C port, although it is not Thunderbolt like the iPad Pro.