Apple has announced the third-generation iPhone SE with an A15 Bionic chip, MagSafe charging, 5G support and other significant upgrades. 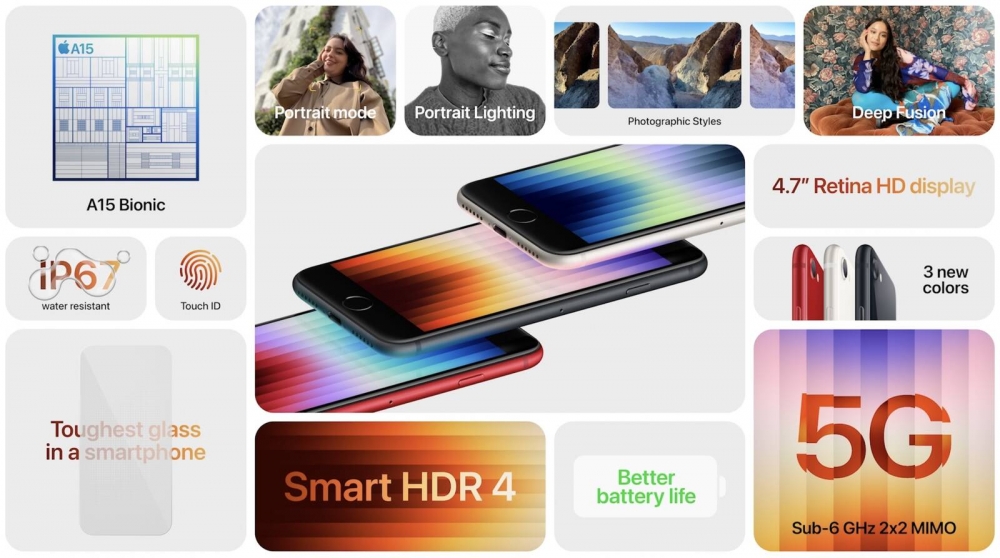 The new SE has better battery life due to what Apple attributes to “better battery chemistry”, the efficiency of A15 Bionic and iOS 15. According to The Verge, Apple has also confirmed that the battery is also physically larger, but the capacity has not been disclosed, and likely won’t be until an teardown.

The front and back glass has also been made more durable but strangely the front glass has not been upgraded to Ceramic Shield, presumably with the strange combination of the front glass having the iPhone 11’s hardness and the back being the same as the 13 lineup.

The iPhone SE will now support 5G, bringing it in line with the iPhone 12 and iPhone 13 lineup. Apple says this works with sub-6GHz. Smart HDR 4, Deep Fusion and Photographic Styles also make their way onto the SE. As always, it is IP67 water and dust resistant.

The iPhone SE is available for $429 with pre-orders starting today. It will be available on March 18. The second generation SE has been discontinued.