Apple started shipping eSIM compatible devices all the way back in 2017 with the Apple Watch Series 3, starting the yearly inclusion of eSIM in Apple Watches to follow. However, greater use of the eSIM standard wasn’t achieved until the release of the iPhone XS series which brought many users their first exposure to eSIM. Every iPhone after that, as well as all cellular iPad Pro models after 2018, had support for eSIM right out of the box. eSIM is widely used by businesses to provide employees a business phone number without needing to use a separate phone. 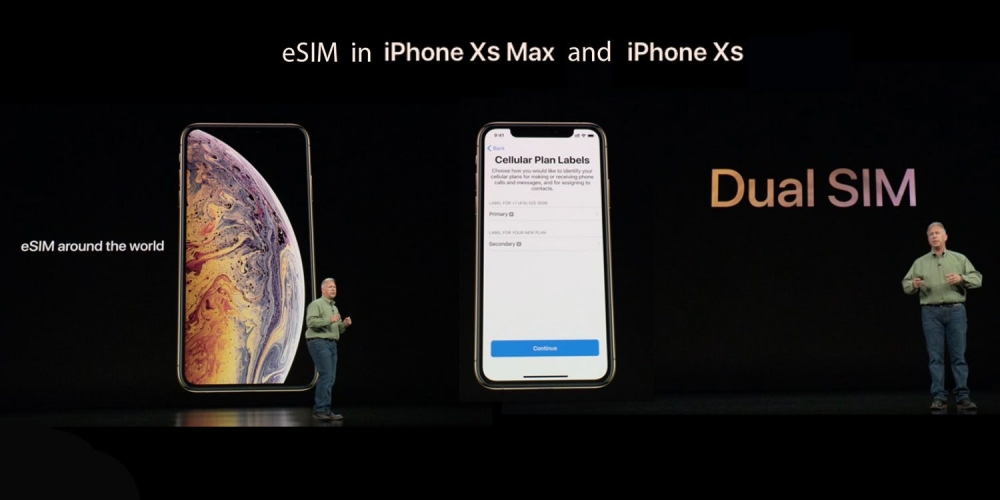 But, what is eSIM in the first place? Well, eSIM (or embedded subscriber identity module) is a SIM card that is embedded directly in the phone. Whereas traditional SIM cards must be inserted into a phone via the SIM tray (taking up ample room in the phone), and eSIM is mounted directly to a phones logic board and the necessary authentication is programmed using software. Space for components in phones is a scarce resource, companies often strive to shrink or eliminate parts within the chassis allowing for bigger batteries, camera systems, etc.

The elimination of the comparatively bulky SIM tray would allow Apple to include new or larger components in their devices. Additionally, eSIM installation and use is much easier than a traditional SIM, as it allows you to subscribe to a network without having waited to receive a physical SIM. The inclusion of eSIM as a secondary SIM gives users the option of adding prepaid plans for international travel or a business line while maintaining a primary line through a traditional SIM simultaneously. These features have caused eSIM-enabled devices to explode in popularity within the past few years.

[The forecast] anticipates that established adoption of eSIM frameworks from consumer device vendors, such as Apple and Google, will accelerate the growth of eSIMs in consumer devices ahead of the industrial and public sectors. — Juniper Research

How much will Apple and other firms accelerate eSIM use, exactly? If Juniper is to be believed, by as much as 180%, from 1.2 billion in 2021 to 3.4 billion eSIM used in connected devices by 2025. Although Apple is far from the only company shipping eSIM devices, their market share alone all but guarantees the increase in adoption for new standards and technologies.