During Apple‘s Worldwide Developer Conference (WWDC 2021), the company announced iPadOS 15 — with Nuestra rearrange apps, put widgets on the home screen, and much more!

The home screen will now become more customizable. And allow you for a more flexible placement of your widgets this means you can stick them anywhere you want on the home screen, something that you couldn’t do in iPadOS 14.

Apple has also announced the app library to iPadOS, much like the one that can be found on iPhone; it will let you maintain a less cluttered home screen by filing the apps on a separate folder like a menu. on iPad, the App Library will be located in the dock. 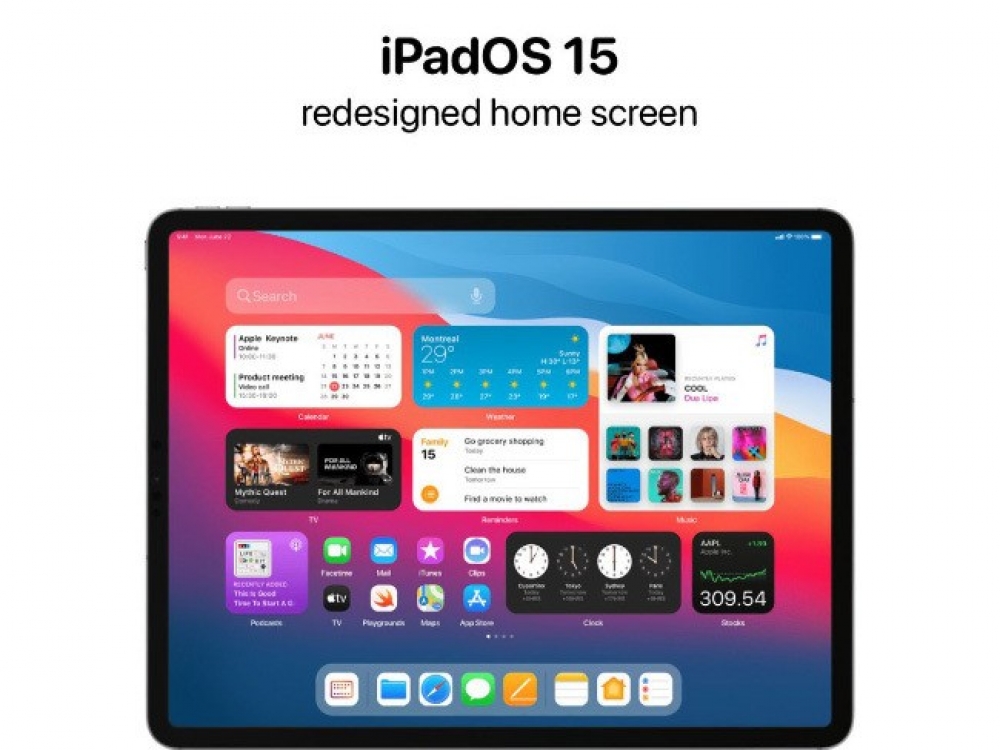 Multitasking is also getting a much-needed revamp, with all new icons making it simpler to go into split-view mode. Another feature called “shelf” was announced, this feature makes it much easier to work on a whole load of different tasks.

Also announced Quick Note. It's a new way to attach notes to web pages and other areas of iPadOS. It makes it way easier to get back to them faster and quicker than before. And the final feature announced is that a standalone Translate app which is finally coming to iPadOS.