Twitter for iOS will soon support emoji reactions on tweets

After months of testing, Twitter looks likely to roll out emoji reactions for tweets in the coming weeks. An update to the code was spotted by reverse engineer Nima Owji, which reveals that Twitter is now using data from the downvote button.
When released, you will be able to downvote a reply, or react using the “thinking face”, “tears of joy”, “crying face” and “clapping hands” emoji. Twitter says this will give users a “better understanding” of how tweets make them feel. 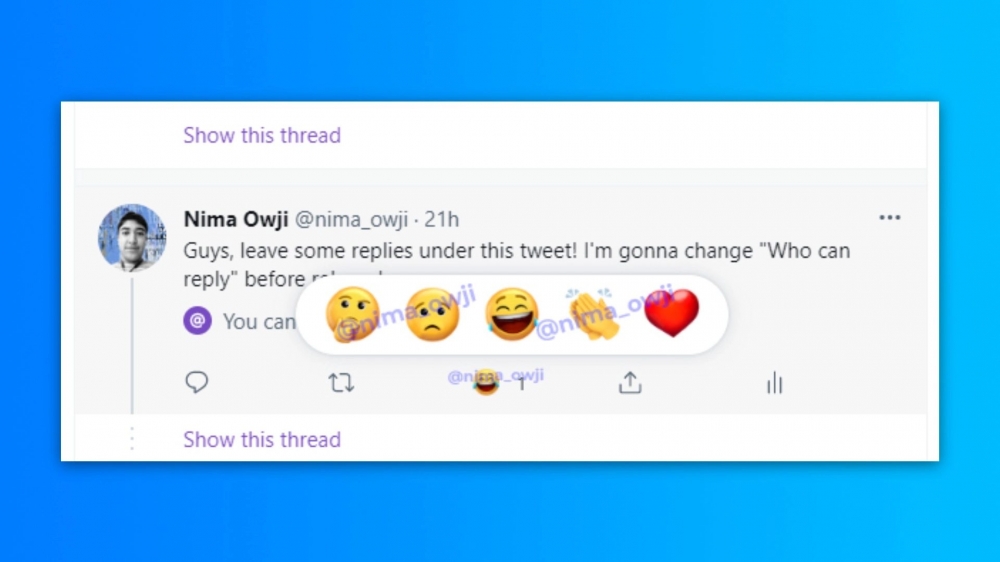 Twitter is also testing updates to the downvote button, following a public roll out earlier this year. According to Owji, it has moved the position of the button so it appears before the like icon. There is also a new tab explaining how downvotes work, and how they impact your experience on Twitter.
Twitter hasn’t confirmed when the updates will be available, although they are expected to arrive before the end of the year.