On Monday, Apple eclipsed $3 trillion in market capitalization, becoming the very first publicly traded company in the world to cross that threshold and just three years after they crossed $1 Trillion market cap in 2018. 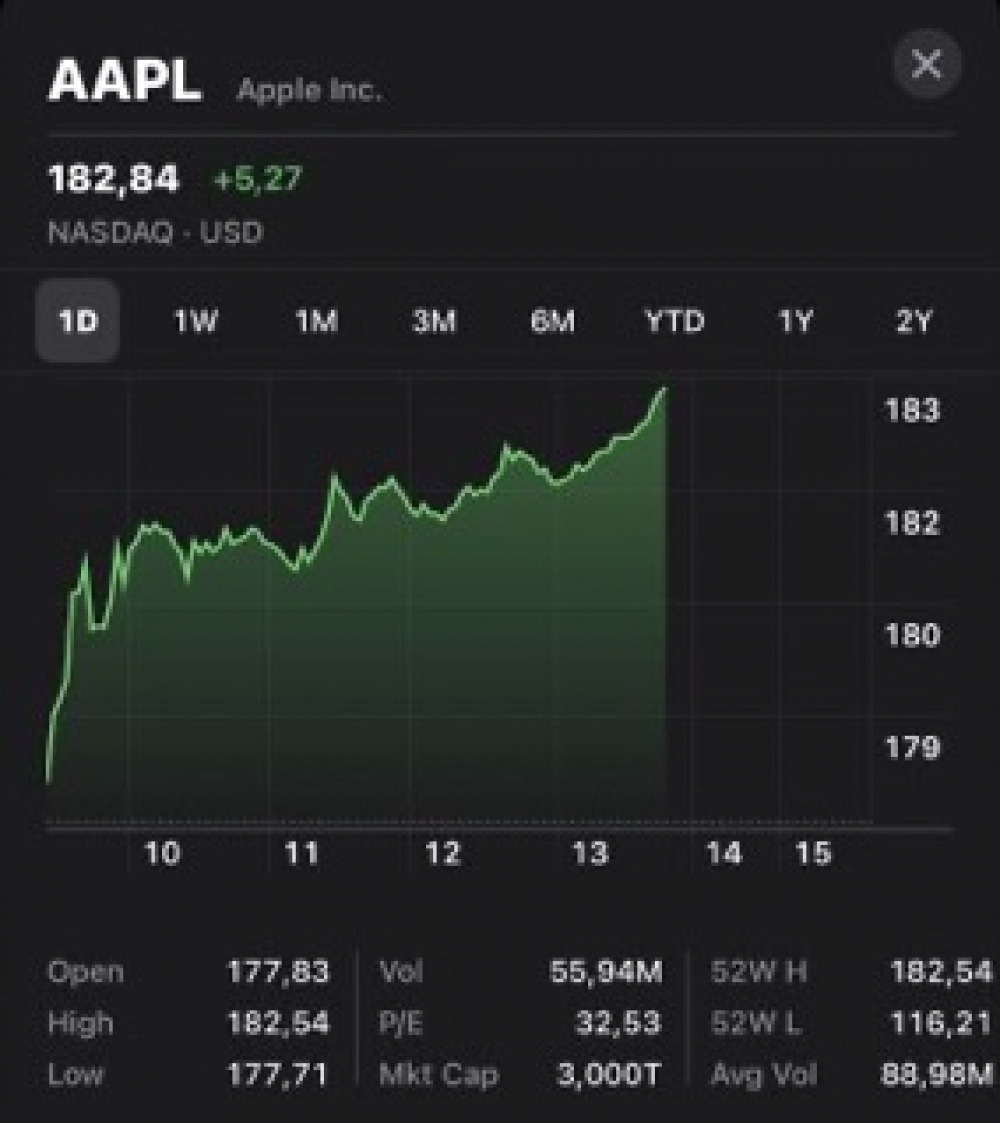 Apple’s success is due in large part to the iPhone, which revolutionized the smartphone industry and remains a major hit for the company. Apple continues to see strong momentum in its other businesses as well, with its services and Mac divisions reporting an all-time high in Q4 of 2021.

The company's share price briefly hit $182.86 in intra-day trading on Monday at 1:46 PM Eastern Time. Multiplying that share price by the number of outstanding shares results in a market valuation over $3 trillion — which in comparison is bigger than the economy of the U.K.

Apple is followed by Amazon, Microsoft, Tesla, Meta, and Alphabet, all with market caps exceeding $1 trillion.