How the Macintosh got its name

Before the iPhone was released, the Macintosh was Apple‘s most iconic product line. But there was one problem — Apple technically did not own the name, as it actually belonged to a high-end audio equipment company called 'McIntosh Laboratory'.

Originally, Apple decided that they wanted to use the name Mclntosh — which is a type of apple. The only reason they wanted to spell it that way was because it was a reference to the project creator Jef Raskin, as the Mclntosh variety was his favorite kind of apple.

The McIntosh, or colloquially the Mac, is an apple cultivar — the national apple of Canada. The fruit has red and green skin, a tart flavour, and tender white flesh, which ripens in late September.

They allegedly named the computer after that type of the fruit because the computer was something different than anything else that had ever been sold, so they wanted it to have the name of a “different kind of Apple.” Therefore, it is correct to say that the only reason it’s called Macintosh today was because of a possible trademark problem with the company 'McIntosh Laboratory' — basically, Apple had to compromise and they decided to change the spelling to Macintosh.

To be fair, Steve Jobs definitely deserves a lot of credit for shipping what we all now know as the Mac – which, for the most part, was a simplified Lisa. In fact, it’s likely the computer Jef envisioned would not have been successful in the marketplace were it not for Steve's interventions. 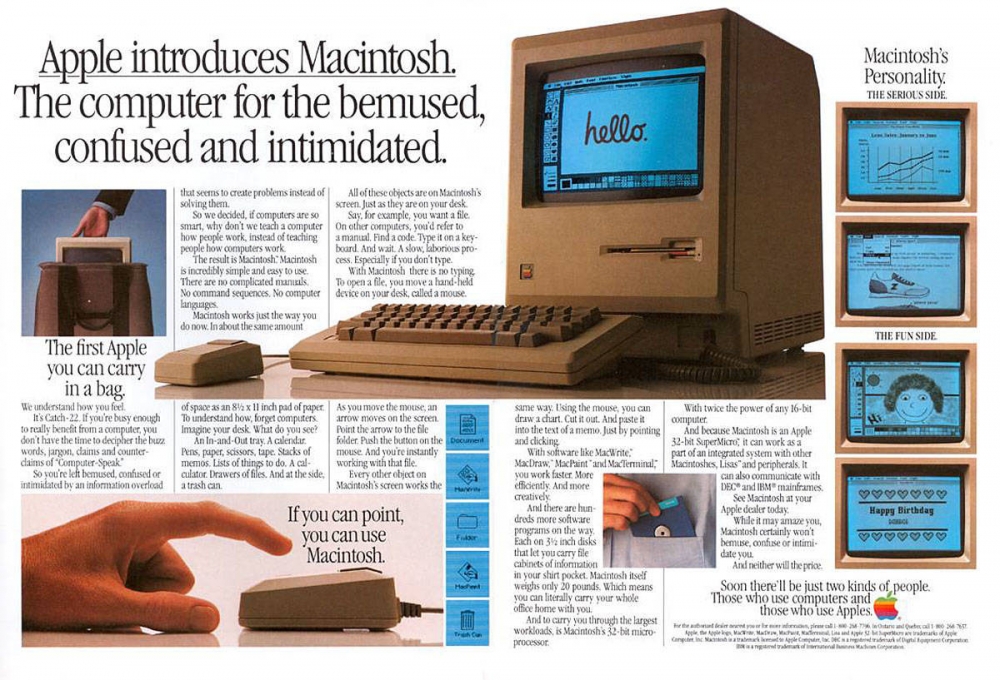 While it's often assumed that this is just another case of a larger company throwing money at a smaller company to buy intellectual property, back in the 1980's Apple was technically not considered to be a large company. They were slightly bigger than Mclntosh Laboratories, but they were nowhere near the giant they are today.