According to Mark Gurman (reliability: 84.38%), in the first edition of his new Power On newsletter for Bloomberg, Apple is currently exploring larger displays for future iPads with a potential release at least a few years away, if ever.

I'm told that Apple has engineers and designers exploring larger iPads that could hit stores a couple of years down the road at the earliest. They're unlikely for next year—with Apple's attention on a redesigned iPad Pro in the current sizes for 2022—and it's possible they never come at all. But a big iPad would be the perfect device for many people, including me, and would continue to blur the lines between tablet and laptop.

Adding further to his statement, Gurman says that even though he has been told that Apple is exploring larger displays for the iPads, yet, a new screen size is ‘a couple of years down the road at the earliest’ with the exploration still in its early stages and even a possibility of never coming at all.

As of now, the max display size that Apple offers with its iPad is the one found in the iPad Pro — measuring 12.9-inches diagonally. However, Gurman believes that larger screen sizes would further assist in blurring out the lines between the iPad Pro and the MacBook Pro line-up. Yet, as the productivity and the versatility of the iPad increases with the iPadOS, a demand for a bigger screen would be directly proportional to it.

It’s time for a giant screen, one in the 14-inch to 16-inch range. I love the speed, touchscreen, versatility and Magic Keyboard, but the 12.9-inch display is far too small for someone accustomed to a 16-inch MacBook Pro. — Gurman

Even so, many users still believe that iPadOS does not take full advantage of the iPad Pro’s hardware, especially with the 2021 iPad Pro line-up which now also houses Apple’s M1 chip. With that said, Gurman believes that Apple ultimately needs to allow Mac apps and multitasking like Macs with more flexible arrangements of app windows on the iPad Pro. 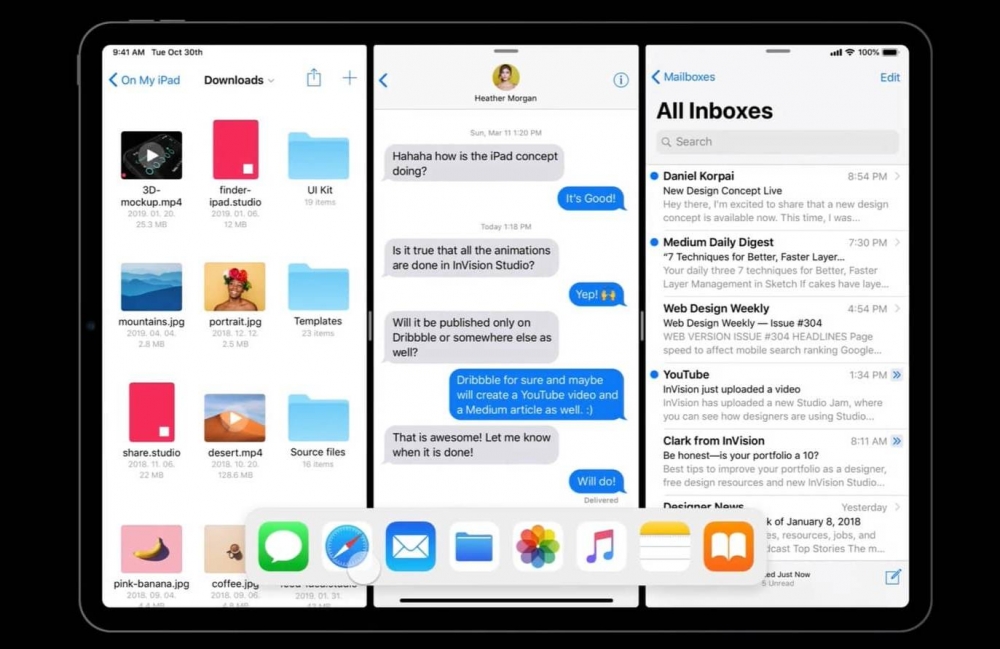 Apart from all that said, Apple is said to be working on a redesigned iPad Pro(both 11 and 12.9 inch) with a glass back. Bloomberg previously reported that Apple is developing a new iPad chassis with a rear glass black that would bring the support for wireless charging for the first time on an iPad. In the report, Gurman and Debby Wu talked about the company testing this redesigned iPad Pro with an expected release in 2022. It was also previously reported that some next-gen iPad models may adopt OLED displays starting next year. However, it has not been specified as to which iPad models will adopt the OLED displays.

Regardless, it is expected to take all this news with a grain of salt, as it’s too early to confirm any such sort of information. Apple released the next-gen iPad Pro line-up back in April housing the M1 chip, a mini-LED display on the 12.9-inch model, up to 16GB of RAM, Thunderbolt support, 5G connectivity on cellular models, up to 2TB of storage, and more. Keeping that in mind, any new iPad Pro hardware shouldn’t be expected at least until the fall of 2022. However, it will be interesting to see if an iPad Pro debuts with a larger screen sometimes later after a couple of years and if it will be of a 13.3-inch or 16-inch size — something similar to the MacBook Pros.