Apple has officially announced its first Apple Event of 2022, ‘Peek Performance,’ which will take place virtually on March 8th. The event is expected to bring the announcements of the new iPhone SE 3, a new iPad Air, and possibly new Apple Silicon-powered Macs.

This event will mark the second year in a row that Apple will hold its spring event virtually in response to the pandemic.

The event on March 8th will start at 10 a.m. PT (1 p.m. ET) and will be live-streamed on Apple’s website as well as on YouTube and the Apple TV app. 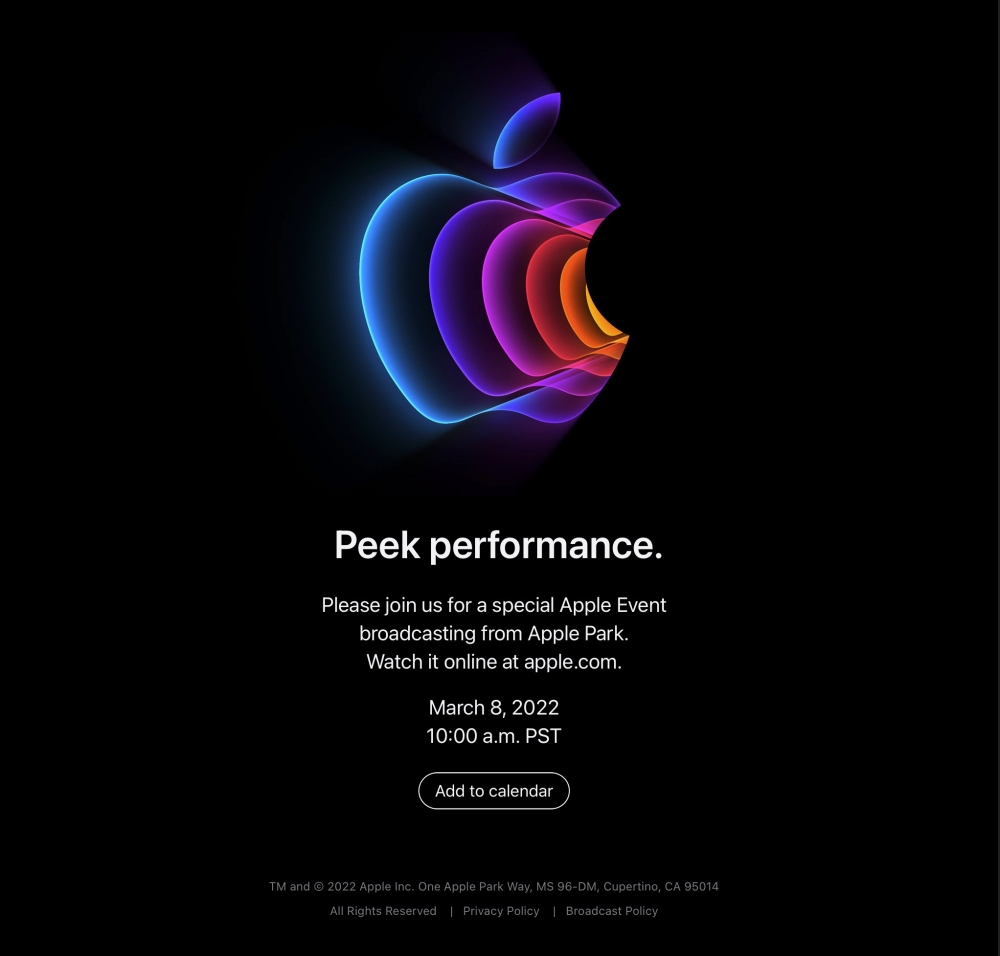 As for announcements expected at the event, the new iPhone SE will reportedly have the same design as the last generation, but with the addition of 5G technology and an A15 chipset. More details about the upcoming iPhone SE 3 can be found here. The new iPad Air will reportedly feature 5G upgrades and an A15 chipset as well, with a new wide front-facing camera and more. As for the new Macs expected at this event, it is rumored that Apple could focus on a new Mac mini or possibly a new entry-level MacBook Pro.

It is also expected that Apple will announce the releases of iOS 15.4, iPadOS 15.4, macOS 12.3, tvOS 15.4, and watchOS 8.5 at this event. These updates bring welcome enhancements to Face ID, Universal Control, and more.

Leave a comment and let us know what you’re most excited to see announced at this event!