This week, the iPad mini 6 was made available to purchase, after the announcement at the Apple Event on Septembet 14. The redesigned iPad mini has a larger 8.3-inch display, flat design, A15 Bionic chip, USB-C and support for the Apple Pencil 2.
There is, however, an issue that is affecting scrolling that is causing users to become increasingly concerned. This is known as ‘jelly scrolling’ where one side of the display refreshes slower than the other side, creating an uneven effect with fast moving content. 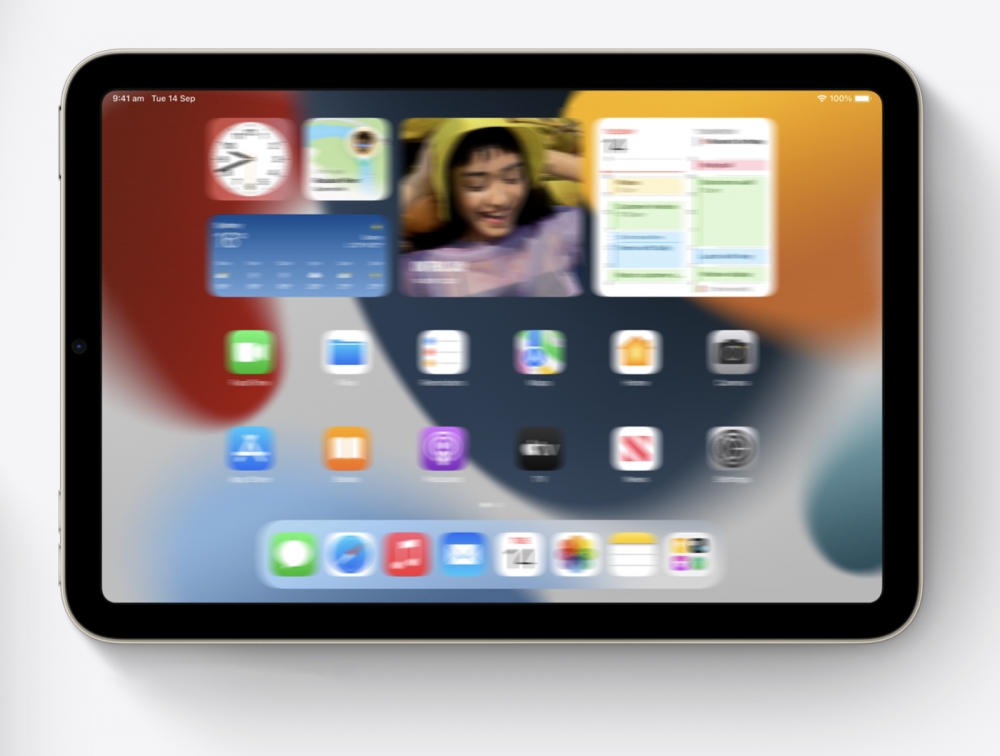 It isn’t clear whether the LCD panel is faulty, or if there are problems with display hardware, or even if Apple can resolve the issue with a firmware or software update. Jelly scrolling doesn’t occur on any other iPad model, and could be an effect of the more compact design of the new iPad mini.
Second, some users have become increasingly frustrated with iPadOS on the 8.3-inch display. As shared by Dieter Bohn, some widgets have content cut off and UI elements on the keyboard display incorrectly. Apple will likely resolve the issues in a future software update, so they aren’t a big deal.
iPadOS 15 redesigns the Home Screen, with significantly more padding around the edges to allow users to place widgets wherever they want in the app grid. On larger iPad models, such as the 12.9-inch iPad Pro, this is less of an issue, but on the iPad mini 6, Apple only allows users to place four app icons in a row.
Also, in the dock, for example, placing too many app icons will result in the touch targets being extremely small and hard to interact with. It appears that Apple hasn’t properly optimised iPadOS 15 for the iPad mini 6, and will hopefully recognise this in a software update.

Disclaimer: Based on reports from users on Twitter, the 'jelly scrolling' problem also affects the iPad mini 5, but in a different orientation. Although unconfirmed, and likely not widespread, the iPhone SE (first generation) and iPad 8th-generation may also be affected.