After all the initial media coverage of new Apple products from unboxings to short-term reviews, there’s one key source whose reports always garner anticipation throughout the tech community; iFixit. The respected electronics insiders have been releasing teardowns of popular devices for years, sharing interesting and often unexpected discoveries from within your favorite devices. This is why the AirTag teardown is both expected and full of surprises. These insights include how the AirTag internals compare to those of Apple’s competitors, the Samsung Galaxy SmartTag and Tile Mate. While we recommend you read iFixit’s full article, here are a few of its most interesting findings. 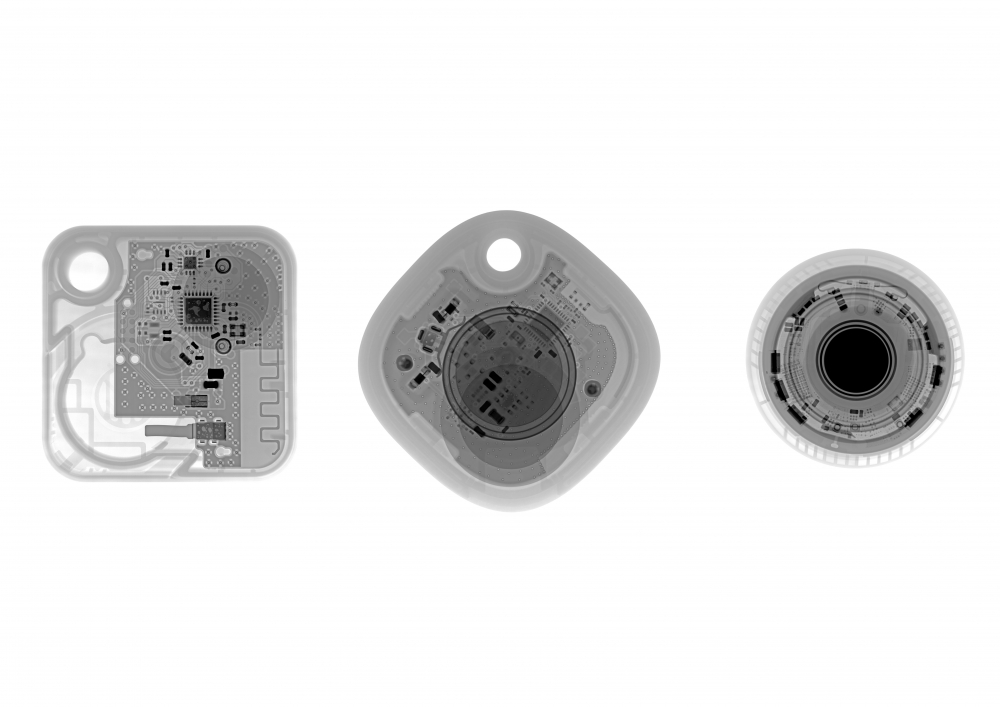 The first look at the inside of the trackers is through an x-ray courtesy of Creative Electron. The AirTags are by far the most compact and tidy looking of the three trackers on the inside, with multiple concentric circles and mostly symmetrical components. You can clearly make out the circular AirTag battery compartment (which was emptied in order to be safely x-rayed). However, it's somewhat difficult for the untrained eye to determine which circular component is the battery compartment and which is the circular outer button on both the Galaxy SmartTag and Tile Mate (hint, the battery compartment is bigger). As for the dark circle right in the centre of AirTag? That’s the large speaker magnet, something neither the SmartTag nor Mate include (as mentioned below). Another AirTag-only feature is UWB, or an Ultra-Wideband chip (although this is available in Samsung’s pricier SmartTag+). Whether or not you can identify the complex parts within AirTag, the sheer engineering prowess Apple has put into this tiny marvel is incredible. Thanks again to Creative Electron for this stunning 3D animated spinning look at AirTag.

What are we tearing down on iFixit tomorrow? All we know is it looks like it fell off of Tony Stark’s latest suit. Good thing we had help from @CreativeElctrn Stay tuned 👀 pic.twitter.com/IuYqlDPpr4

As seen in the x-rays, AirTag uses a different type of speaker than the SmartTag or Mate. iFixit explains the clever sound system here:

It (the magnet) sits right inside the donut-shaped logic board, nested into a coil of copper to form a speaker. You read that right—the AirTag’s body is essentially a speaker driver. Power is sent to the voice coil, which drives the magnet mounted to the diaphragm—in this case, the plastic cover where the battery lives—which makes the sounds that lead you to your lost luggage. 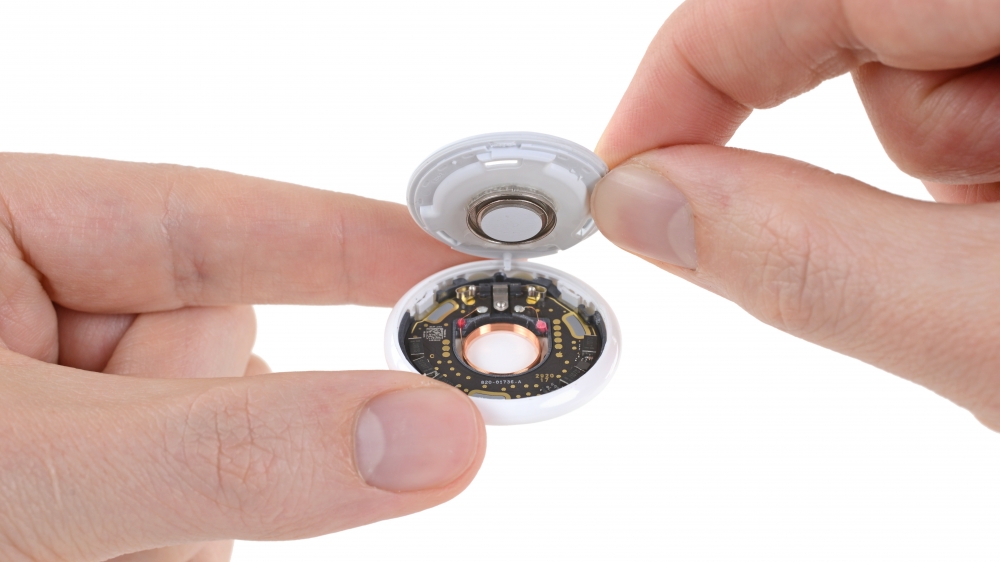 As for why Apple went with a more costly, bulky and heavy solution than the competition? The answer is very, well, Apple-like:

The dinky piezoelectric speakers in the Mate and SmartTag made just as much, if not more, noise in our testing, so pure volume isn’t the answer. Looks like one corner Apple refused to cut on this tiny disk is sound quality. Piezo speakers are tiny and cheap, and sound like it—we’re talking McDonald’s happy meal speakers here.

So, it turns out the sound quality of Apple’s tiny tracker was the importance of this utterly over-engineered solution.

One area in which AirTags falls behind the competition is a built in hole for keychains and anything else you might want to attach AirTags to. However, iFixit has proved that with a little determination and a power drill, you can remedy that yourself. With the help of x-ray imagery, iFixit was able to determine three “safe zones”, where there is a clean path to drill right through an AirTag without damaging the components. While this is not recommended and will most certainly void your warranty and P67 water and dust resistance, at least it iFixit has proven that you can indeed drill a hole in your AirTag. 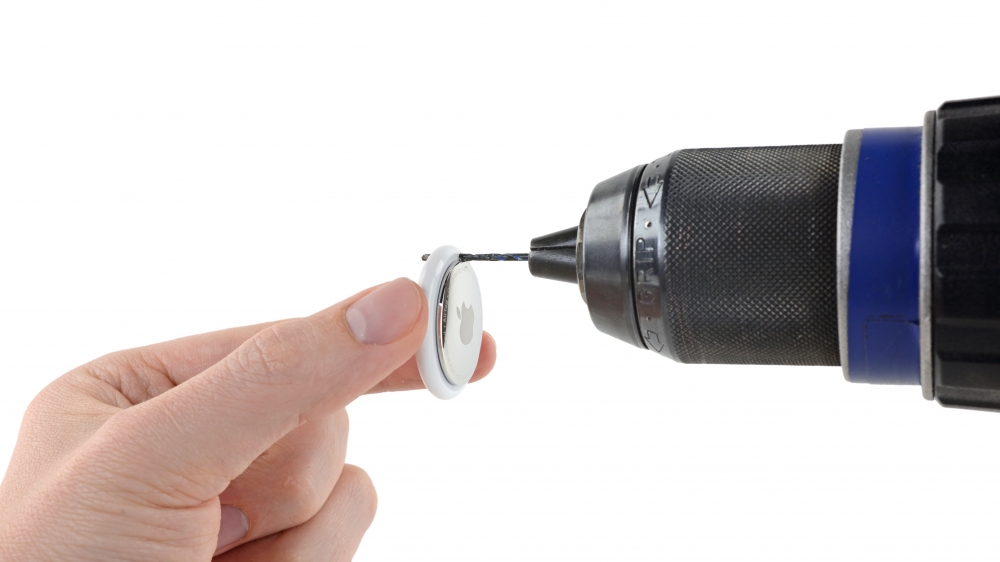