Apple just announced that several new child safety features will be coming to iPhone, iPad and Macs later this year, including iMessage warnings — which will alert parents and children when a sexually explicit image is sent or received on a device which is connected to iCloud Family Sharing. This feature will also be in charge of blurring any explicit images found in a user's library and more.

These new features are set to be launched in the United States first, and will expand to other regions in the future, with Apple saying these features will evolve and expand over time. This will give users the chance to report CSAM through Siri and search.

When an explicit image is received by a child, Apple says iMessage will show a warning over the photo saying “may be sensitive”. If the child taps “View Photo” they will see a popup that will inform them why the image is considered sensitive. If view photo is clicked, a parent has the option to receive a notification. If the child proceeds to view the photo, this notification system will also work if an explicit image is sent to another contact after being warned. 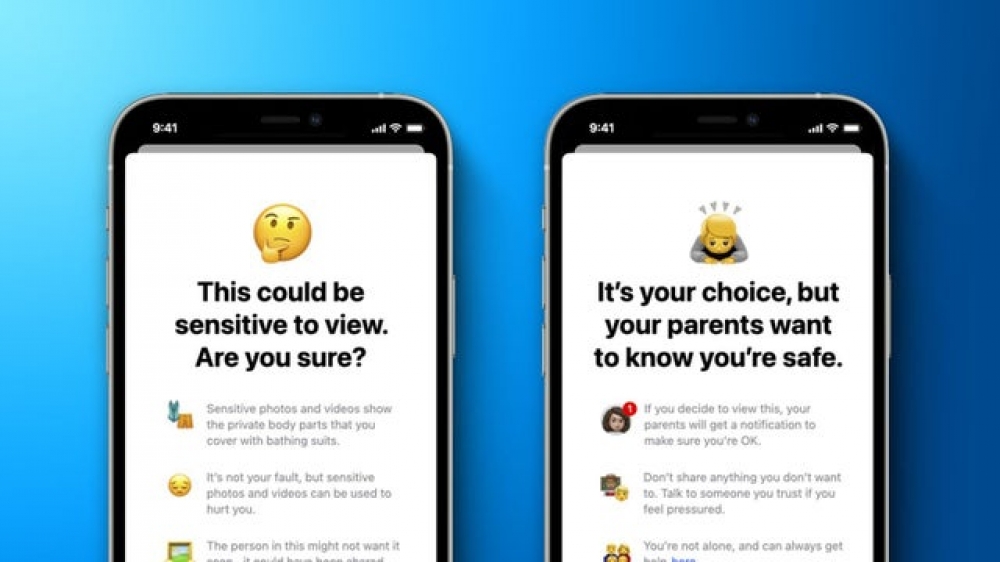 Apple says that before any explicit image is stored on a device, it will go through an on device matching process against a set of known CSAM hashes. These features will be incorporated into iOS 15 and are all part of Apple's new child safety initiative. Apple says these new features will have the ability to flag known child pornography and related sexual abuse material. These flagged images will be sent to the National Center for Missing and Exploited Children (NCMEC) which is a non-profit organization that works in collaboration with U.S. law enforcement agencies.